HELLO!
CONNECT
TRENDING
WHAT'S HOT
1093
Most Of Gearbox Working On Borderlands 3
1029
Borderlands 3 Tech Demo
1004
Why is There No New News About Borderlands 3???
998
What We Know About Borderlands 3
942
Marvel Heroes Omega Hits the Consoles! Find Out Why You Want to Che...
850
Borderlands 3 On PC Is Timed Exclusive
807
Road To E3 2017 For Borderlands
744
Outriders Is Here: A Player’s Guide
previous
Another Borderlands Cast Member Revealed: Jack Black
random
next
Tales From The Borderlands Returns To PC And Consoles
242 views -15 likes 0 comments 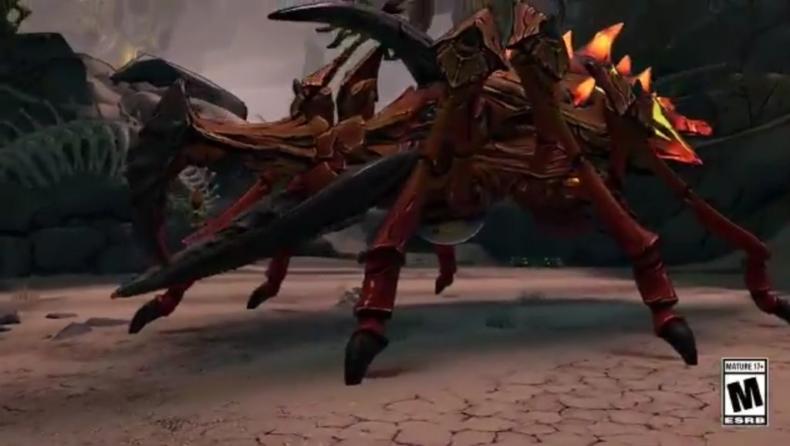 Have you ever noticed there’s this door on Pandora that has remained shut for Borderlands 3’s entire existence? It’s about to open…but what’s waiting inside?

Gearbox spilled all the beans on the Borderlands 3 Designer’s Cut Update during their latest Borderlands Show livestream. One of the things they revealed was that the aforementioned door will soon be unlockable, and inside you’ll find…Hemovorous the Invincible, the DLC’s first raid boss (a common request from fans). You must meet two requirements to face this guy, though…you must have completed the main campaign, and you must pay 500 Eridium to unlock the door. Make sure you beat him good because you have to pay 500 Eridium again to open that door and re-challenge him.

Another new addition: Vault Cards! They’re a new mechanic that will allow you to unlock new cosmetics and gear. If you activate a Vault Card you’ll receive three challenges per day and one larger challenge per week. The first Vault card will be made available on the Designer’s Cut launch day, with at least two more planned to appear.

The latest story missions will revolve around the Ava character and use a murder mystery theme. Players will visit several planets to solve cold cases and Ava will announce the latest developments via her podcast, “Mysteriouslier.”

Other things to look out for: “Disciples of the Vault” cosmetic packs that reimagine the four Vault Hunters as members of the Children of the Vault, and behind-the-scenes development content like bloopers, deleted scenes and storyboards. The Borderlands 3 Designer’s Cut hits March 18 for anyone with the second Season Pass.

Denuvo DRM Protection Removed From Borderlands 3 On PC
Be the first to comment!
Leave a reply »