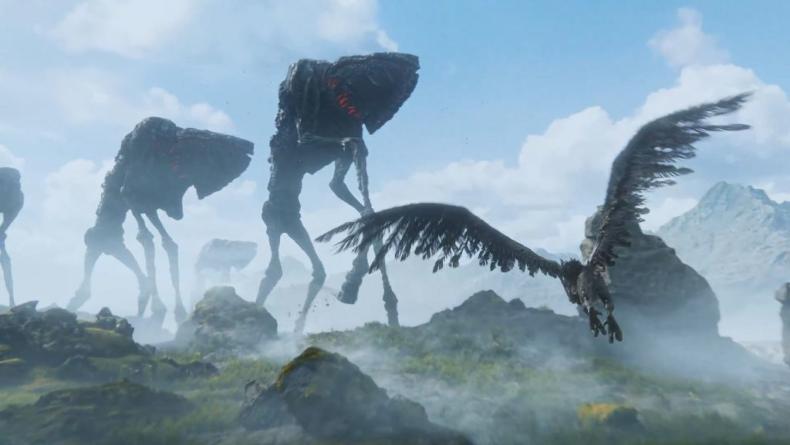 As promised, Square released both a new trailer and gameplay footage during their Square Enix Presents livestream…so what did it reveal? What are the secrets of this new world?

Outriders takes place on the planet of Enoch, 30 years after mankind’s attempt to colonize the place went horribly awry. A massive storm of unknown origin (which they just call “The Anomaly”) ripped the colony apart and awoke fearsome, man-chomping monsters in the process. Seems this is the planet’s way of dealing with intruders….but it’s only attracting more of them. What’s left of the colony at Enoch is up for grabs if you can survive the conditions…good thing you have powers.

Square showed off six minutes of gameplay footage from the complete version of Outriders, most of it narrated. It covered the four classes players can assign themselves to in the game: Tricksters, who can manipulate time, Technomancers, who specialize in long-range attacks, Pyromancers, who are good for dealing with swarms through their fire-bursting powers, and Devastators, the chunky types for those extra-tough boss monsters.

Click this link to watch the overview — YouTube set an age restriction on it, meaning it can only be viewed on the site itself.

In the new 90-minute trailer, some kind of bone-crow takes you on a sweeping tour through the different biomes of Enoch. It won’t be just the ruined city rubble — there are jungles, deserts, all sorts of things — and unique dangers within each. Some areas will come with their own unique storylines, which you’ll experience through missions.

Outriders will be available April 1 on PlayStation 4, PlayStation 5, regular XBoxes (One and Series X), Windows PC and Stadia, and will also be released the same day on XBox Game Pass.

Square Releases Outriders Demo
Be the first to comment!
Leave a reply »