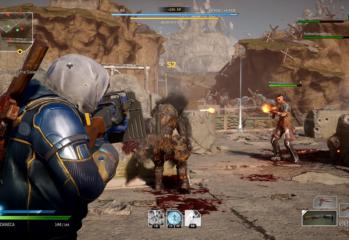 by Peter Paltridgeon April 1, 2021
What happened to the planet Enoch while you were in stasis? And what will you find once you awaken? That’s the question at the center of Outriders, the new loot shooter from Square Enix that releases today. 30 years from the start of the game, mankind arrived on the planet and set up a network […]
580 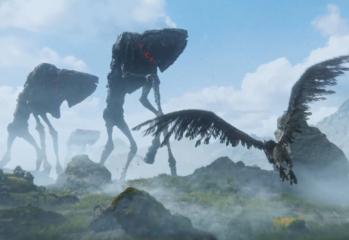 by Peter Paltridgeon March 18, 2021
As promised, Square released both a new trailer and gameplay footage during their Square Enix Presents livestream…so what did it reveal? What are the secrets of this new world? Outriders takes place on the planet of Enoch, 30 years after mankind’s attempt to colonize the place went horribly awry. A massive storm of unknown origin […]
474 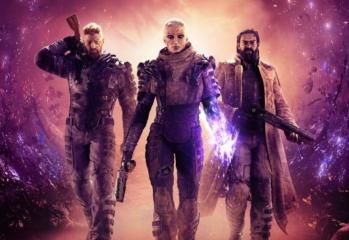 by Peter Paltridgeon March 15, 2021
A game as high-profile as Outriders would have to wind up on XBox Game Pass eventually, right? But how quickly will it get there? Today we got our answer…how does instantaneously sound? Microsoft confirmed today that Square Enix’s upcoiming loot shooter will be playable through Game Pass starting from launch. On April 1 anyone with […]
618 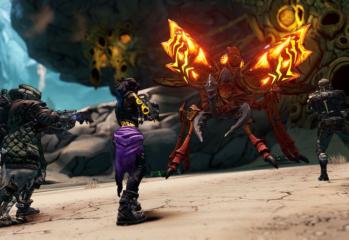 by Peter Paltridgeon March 11, 2021
Still waiting for the release of the Borderlands 3 Director’s Cut DLC? Prepared to wait a bit longer? Hopefully you are, because that’s what you will be doing. Originally set to be released later this month, the expansion has been pushed back several weeks. If you’re asking for a reason, look no further than the […]
313 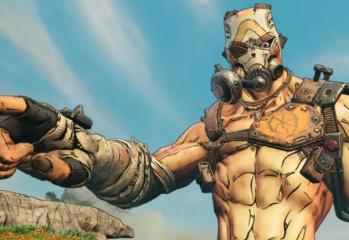 by Peter Paltridgeon March 9, 2021
Who’s up next in casting roles for the Borderlands Movie? Well, we just got Tiny Tina last week, so why not Krieg next? The first casting news for the Borderlands movie was announced back in May of 2020 when Cate Blanchett was given the role of Lilith. The character in the film will be about […]
211 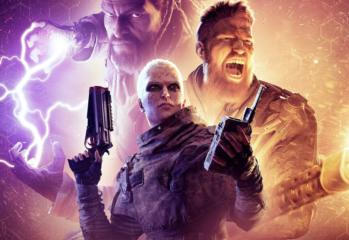 by Peter Paltridgeon March 5, 2021
Most people are enjoying the free Outriders demo available now for consoles and PC, but are you having connection or performance issues? Or do you wish there was a motion blur fix for the console version? Good news, folks… Last week we posted a scratch fix for the PC version of the Outriders demo that […]
184 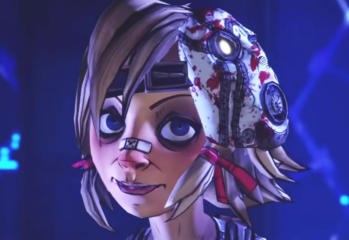 by Peter Paltridgeon March 1, 2021
As casting news for the Borderlands Movie keeps spilling out, there was one inevitable role that had to be filled…so who is it? It had to happen eventually….who got cast as Tiny Tina? The first casting news was announced back in May of 2020 when Cate Blanchett was given the role of Lilith. The character […]
239

by Peter Paltridgeon February 26, 2021
What do you think of the Outriders demo? Have you had any issues with it? One seems to be cropping up: the use of motion blur in the graphics. Motion blur makes some players ill; other players have no issue but find it makes quickly aiming at targets much more difficult when the game is […]
178 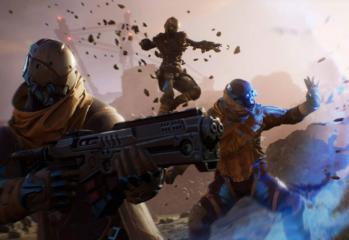 by Peter Paltridgeon February 25, 2021
What’s in the Outriders demo? How much content is included with it? Today is the day we find out the answers to those questions and more, as Square releases the demo for this spring’s most anticipated anticipated looter shooter. Here’s what we know… The Outriders demo is 22GB in size (on PS4). It contains the […]
167 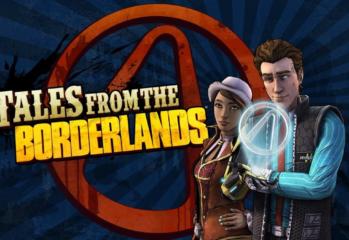 by Peter Paltridgeon February 18, 2021
You might ask yourself….what happened to Tales From The Borderlands? How could such an excellent off-branch of the Borderlands franchise just disappear? Blame the mismanagement behind the scenes at Telltale Games, makers of Tales (among other, similar narrative-driven titles). When the studio went out of business, most of its games fell into limbo. But slowly […]
123
123
Borderlands 3 Gameplay (PC UHD) [4K60FPS]
BORDERLANDS 3 BEST GLITCHES STILL WORKING 2021
Top 5 Most Underrated Weapons in Borderlands 3!
Top 5 Rarest Items in Borderlands 3! (LESS THAN .1% DROP CHANCE!)
Borderlands 3 10 Must Have Legendary Guns/Gear for All Vault Hunters – Best Legendary Loot
Copyright © 2023 Borderlands 3 News, All Rights Reserved.
Fonts by Google Fonts. Icons by Fontello. Full Credits here »