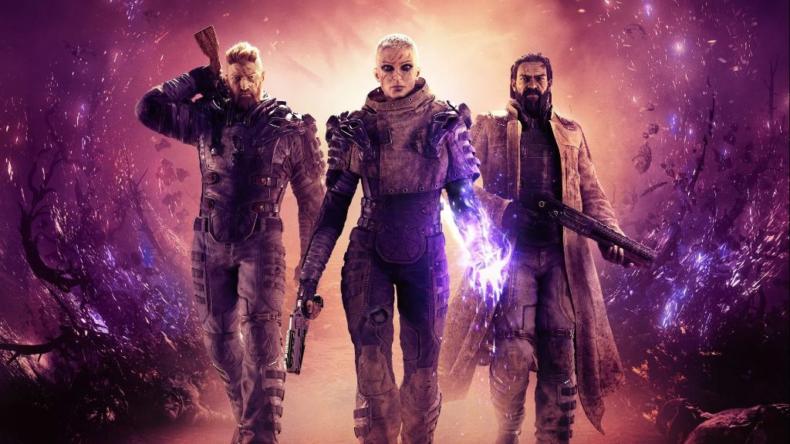 A game as high-profile as Outriders would have to wind up on XBox Game Pass eventually, right? But how quickly will it get there? Today we got our answer…how does instantaneously sound?

Microsoft confirmed today that Square Enix’s upcoiming loot shooter will be playable through Game Pass starting from launch. On April 1 anyone with a subscription to Game Pass will be able to download the game or possibly even play it in the cloud (though that function is still in beta).

Once again, the premise of Outriders takes place in the aftermath of humanity’s mission to colonize the planet of Enoch. 30 years ago a massive storm of unknown origin (which they just call “The Anomaly”) ripped the colony apart and awoke fearsome, man-chomping monsters in the process. Now what’s left of the colony at Enoch is up for grabs if you can survive the conditions…so what do you do? You start grabbing!

In addition to Game Pass, Outriders will be available on PlayStation 4, PlayStation 5, regular XBoxes (One and Series X), Windows PC…and Stadia if you care. The game releases April 1 on XBox Game Pass too.

Square Releases Outriders Demo
Be the first to comment!
Leave a reply »