HELLO!
CONNECT
TRENDING
WHAT'S HOT
1019
Most Of Gearbox Working On Borderlands 3
945
Borderlands 3 Tech Demo
920
Why is There No New News About Borderlands 3???
905
What We Know About Borderlands 3
863
Marvel Heroes Omega Hits the Consoles! Find Out Why You Want to Che...
780
Borderlands 3 On PC Is Timed Exclusive
705
Road To E3 2017 For Borderlands
663
Outriders Is Here: A Player’s Guide
previous
Tales From The Borderlands Returns To PC And Consoles
random
next
How To Get Rid Of Motion Blur On The Outriders Demo
126 views 0 likes 0 comments 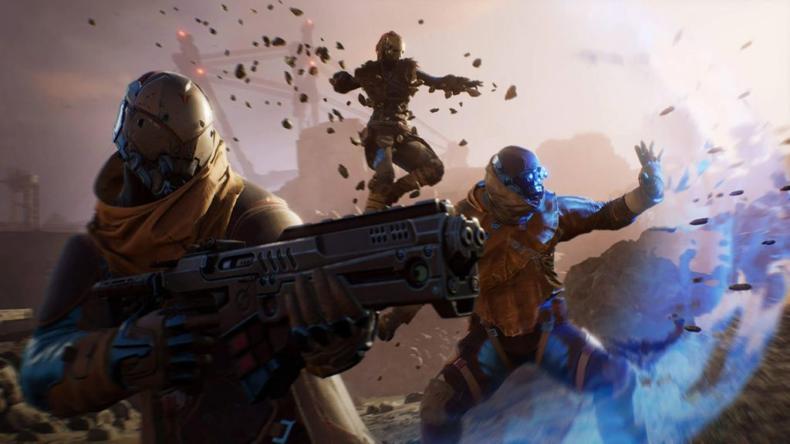 What’s in the Outriders demo? How much content is included with it? Today is the day we find out the answers to those questions and more, as Square releases the demo for this spring’s most anticipated anticipated looter shooter. Here’s what we know…

The Outriders demo is 22GB in size (on PS4). It contains the game’s prologue, opening chapter, and additional side content that will unlock once those two things are completed. All four classes are open and you can level them up to a cap of seven. Any progress you make in the demo will carry over to the finished version of Outriders, which is what any demo worth its salt should do these days.

Can anyone download it, or is this one of those annoying deals where they want a preorder first? Fortunately, it is not…both Square and developer People Can Fly are confident enough in the game that the demo is free. There’s also no time limit on the demo, so you can download it whenever, and keep it on the drive until you get sick of it.

Here’s the coolest part: cross-play will be fully functional. It won’t be manually enabled, so you’ll have to bring up a menu to turn it on, but once you do, you’ll be able to play with anyone else who has the demo regardless of what system they’re using. That’s nice!

And no matter who you are, you likely own one of the following systems, so get to downloading….Outriders will be released April 1 for Playstation 4, Playstation 5, XBox One, XBox Series X and PC. And maybe Stadia, if there’s still a Stadia by April.

How To Get Rid Of Motion Blur On The Outriders Demo
Be the first to comment!
Leave a reply »