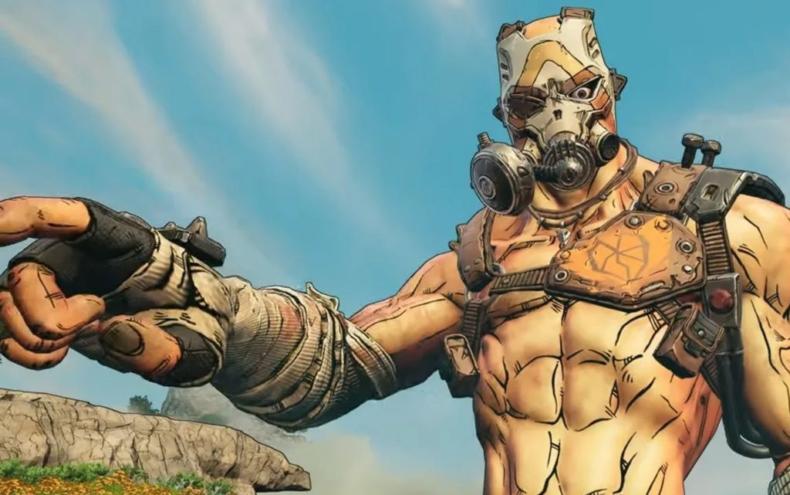 Who’s up next in casting roles for the Borderlands Movie? Well, we just got Tiny Tina last week, so why not Krieg next?

The first casting news for the Borderlands movie was announced back in May of 2020 when Cate Blanchett was given the role of Lilith. The character in the film will be about the same as her depiction in the games, and that will also be the case for Kevin Hart as Roland (both revealed in January). In February we learned of two more roles: Jamie Lee Curtis is playing archaeologist Dr. Patricia Tannis, and  Jack Black has been cast as Claptrap (in a voice-over role — he won’t be expected to squeeze into the robot shell). Most recently, as we just said, Ariana Greenblatt (Avengers: Infinity War).

As overbearing as Tina is, there’s nothing you can do to stop her, as she never goes anywhere without her giant, burly bodyguard Krieg. And following Greenblatt around in the movie will be Florian Munteanu in the role. Munteanu is a former professional boxer, and has been mostly up to now playing roles that relate to boxing. He played opposite Michael B. Jordan in Creed II, and has already filmed his role in Marvel’s Shang-Chi and the Legend of the Ten Rings as Razor Fist.

“Florian brings real humanity and multiple layers to a character who on the surface seems totally insane and brutally savage,” says Eli Roth, director of the Borderlands movie. “Krieg was by far the most difficult role to cast, and Florian brought him to life and grounded him in a way that I didn’t know was possible. He’s going to be a brilliant Krieg and will fit in perfectly with our incredible cast.”

The Borderlands movie still has no release date, and we still don’t know who’s going to play the other two main characters, Brick and Mordecai. Who will be cast next?

Kevin Hart Cast As Roland In Borderlands Movie
Be the first to comment!
Leave a reply »