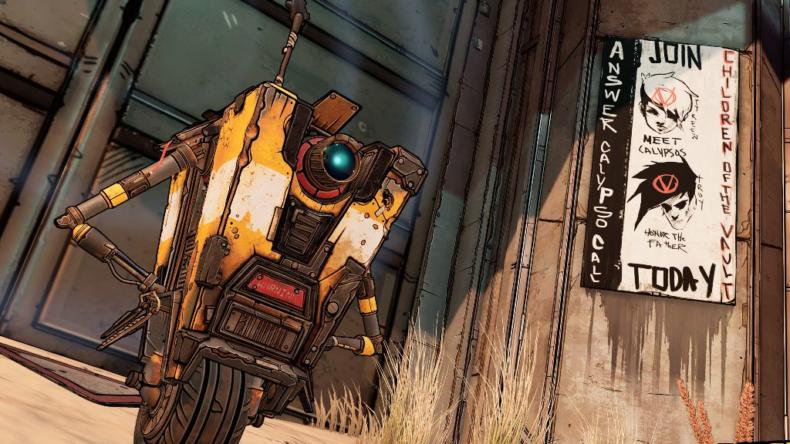 How much star power can one movie pack in? Is this one going for the record?

Oh yes, the Borderlands movie is definitely getting into gear now. The first casting news was announced back in May of 2020 when Cate Blanchett was given the role of Lilith. The character in the film will be about the same as her depiction in the games, and that will also be the case for Kevin Hart as Roland (revealed last month). And a mere four days ago, we learned Jamie Lee Curtis will be playing archaeologist Dr. Patricia Tannis.

The latest cast member revealed today? Jack Black. Which character will HE be personifying? Well….someone had to get stuck with him…. 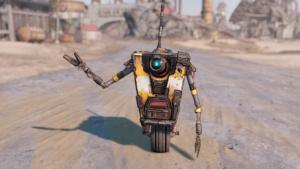 Yes, Black won’t be appearing directly, but will be providing the voice of Claptrap, the robotic mainstay of the series and arguably the craziest character in a sea of crazies. “I am so excited to reunite with Jack, this time in the recording booth,” says director Eli Roth (Hostel, Death Wish). “Claptrap is the funniest character in the game, and Jack is perfect to bring him to the big screen.”

The Borderlands movie was first announced in 2015. Whenever it officially gets under way, it will be directed by Roth from a script written by Craig Mazin (Chernobyl, The Hangover Part 2 and 3). Avi Arad, Ari Arad, and Erik Feig will serve as producers.

We still haven’t heard of any casting for the two other central characters, Brick and Mordecai. But that may not take long at this rate. The Borderlands movie currently has no release date.

Kevin Hart Cast As Roland In Borderlands Movie
Be the first to comment!
Leave a reply »