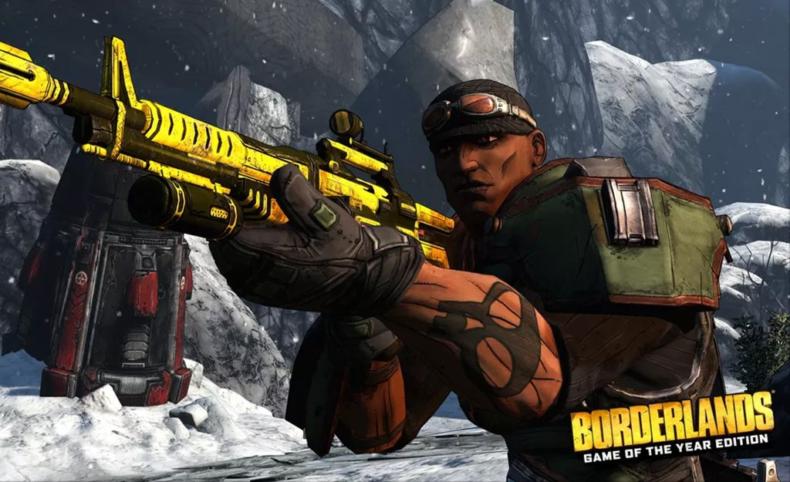 What’s the latest news on that Borderlands movie? Yes, it’s still in production, but who’s on board?

This week Lionsgate revealed that actor Kevin Hart has been given the role of Roland — quite a big get, and should suit the role, considering action-comedy is his forte. Early reports suggest Movie Roland’s backstory will match up with the game’s version of him, where he was a former soldier of Crimson Lance who turned to the looting life after an honorable discharge. Roland has appeared in Borderlands 1, 2, and The Pre-Sequel.

Development of this movie has been incredibly slow, even by Hollywood standards. The project was first announced in 2015, and news has been released at a drip pace since then. The last development we heard was the casting of Cate Blanchett as Lilith in May of 2020. In the games Lilith is a powerful psychic who leads a group of resistance fighters called the Crimson Raiders; it’s unknown if the movie version will be as faithful as their version of Roland will be.

Whenever it officially gets under way, the Borderlands movie will be directed by Eli Roth (Hostel, Death Wish) from a script written by Craig Mazin (Chernobyl, The Hangover Part 2 and 3). Avi Arad, Ari Arad, and Erik Feig will serve as producers. “I’m thrilled to be working with Kevin,” Roth says regarding the latest news. “Borderlands is a different kind of role for him, and we are excited to thrill audiences with a side of Kevin they’ve never seen before. He’s going to be an amazing Roland.”

Two of the original gang of four have now been cast. Who would you prefer as the remaining two? The Borderlands movie currently has no release date.

Jamie Lee Curtis Added To Borderlands Movie Cast
Be the first to comment!
Leave a reply »